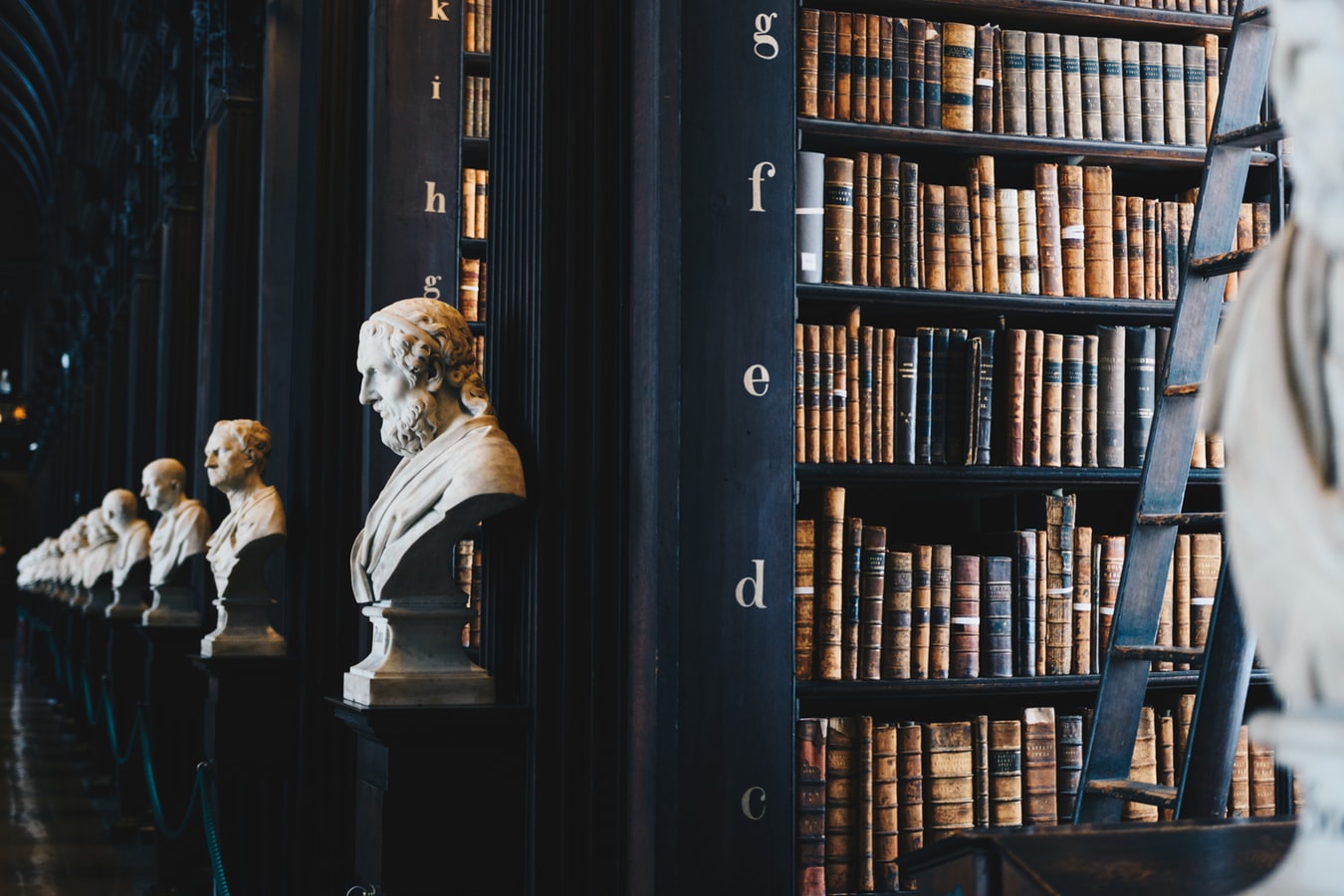 Colleagues often react with irritation or defiance when being invited to share more about how their work, beyond its scientifically technical perfection, position itself in the pursuit of democracy, or, justice. The usual response is:

I do science, I do not do philosophy.

Philosophy is the effort to discover the true, in the Aristotelian sense, of justice and utility; what is true about things that exist and the phenomena of the real world. Philosophy and science compliment each other- without each other, either or both err or become tyrannical.

Discovering the true in the world, the proclaimed nobble mission of journalism, but also science and philosophy, requires us to recognise that without our senses, we cannot experience or conceive the world. And although there are possibly things and phenomena outside of our capacities to sense and experience, and irrespectively of those, our realities can be quite different:

Media reports on the widespread practice of sexual harassment by powerful men, and by men with power, as the reports brought about by the intensified attention the #metoo movement generated, indeed building on a century of feminist thought and action, are speaking to a different reality experienced by a rape and abuse survivor, than to the men who might have -or might have not- sought to deprive women of their dignity;

The world reported in the financial and investment pages of prestige, legacy media looks different to children drowned in poverty than it is seen in the offices of hedge funds and stoke brokers in the financial hubs of the world;

The world is very different to the refugee survivor who has just washed shore as the ‘lucky’ one having escaped from a bombed and destroyed home while carrying a body assaulted by rape, slavery and torment, having witnessed other human beings including loved ones drowned in the same sea which thousands of others use as their holiday resort.

The world is different to the refugee than to the readers of the media descriptions of this refugee as illegal, epidemic, flood, infestation, cataclysm, terms, which public leaders and media have repeatedly chosen to refer to, across the world;

The world looks different through the eyes of a whistleblower, who discloses mass surveillance as a trivial, banal practice and hence policy, which violates dignity systematically, than the world of powerful political and economic actors who call upon and benefit from -the abuse of- legislation to curb the defence of dignity.

The world looks different to the women, whose intimate lives are spread across websites and on private screens without their consent, denying them the dignity to privacy, to intimacy, to control over their bodies, to be regarded as human beings.

The ways in which the media participate in bringing to the foreground these crass differences are part and parcel of the role they play in restoring, protecting and even advocating for dignity for the have-nots. But is the media’s role and responsibility towards human dignity only one of representation?

Is dignity an abstract concept?

Is it an unuseful concept?

To enquire and answer any of these questions, truthful and inclusive processes of communication are necessary.

The answers to these questions can be developed only through a constant process of further enquiry, but most importantly through listening: listening to the concrete experience of the margins.

This means becoming and staying alert to the historically prolonged marginalisation of groups, but also acting, choosing to act, in an Aristotelian noble manner: being self-reflective and critical enough in our role as communication scholars and scientists so that, first, we can consciously act in the common interest and second we are able to recognise new marginalisations as early as possible, to provide research and solutions –if possible- as urgently as possible, to help restore dignity for all, for all of us.

Because, how much dignity can any of us have, can any polity, any society claim it possesses, if it allows human beings to not thrive?

Αξιοπρέπεια, the Greek word for dignity, derives from the words axion, worth and prepein, which means must, but also, among various meanings but especially in Homer, to shine: for Aristotle human dignity is affirmed through the actual use human beings make of their rational capacities. The normative question that Aristotle prompted us to consider was

“what kind of existence is worth having?”

Ευδαιμονία is the answer of Aristotle, the good life, which presupposes life in common. Eudaimonia cannot be conceived, Aristotle claimed, as an individual good, but rather as a matter of commonality, which is actualised on the basis of the sharing of happiness.

The aim of the polity, therefore, is to secure the utmost participation in public life. However, this participation is one based on certain conditions: it is based on virtue, meaning, knowing what is the right thing to do and hence acting accordingly. Nobble acts can only be those, which aim at the κοινόν συμφέρον, the common interest or better translated the common advantage and not simply the common good.

The nobble act is for Aristotle the epitome of practical wisdom. To achieve that, one needs to have developed virtues. Since the human being is politikon zoon, using the λόγος, which stands both for speech and reason in Greek, communication, language and acts are intertwined as terms of standards for attaining virtue, and therefore, for human beings to being capable of attaining happiness, the good life.

Legislation is necessary, says Aristotle, to train people in virtue. There are two elements here, one of which Aristotle very much emphasises: legislation, the decision-making process is for all citizens an educator: the citizens are trained in the process of considering society as a whole. The law teaches also to distinguish the appropriate basis for decision making, which would be the basis of justice and utility, not a basis of avoiding pain or fear, in pursuing the generalizable nature of koinon symferon.

As a condition and pursuit for eudaimonia, however for Aristotle, virtue is connected to ‘worth’ as ‘dignity’ as something one had to obtain and hence would not automatically inherit. Dignity would be based on the ability to act in a moral fashion:

Meaning, a victory over one’s self, is of all victories the greatest.

Hence dignity is suited to those who strive for it. Although this might apear to us as an elitist, perhaps even shocking claim, since not all human beings are here regarded as ‚worthy’ of dignity, a more careful consideration will allow us to see the breath and depth of such a claim.

„For Kant, every human being has dignity (Würde) – through beingable to be moral – but only those who do, in fact, lead moral lives also deserve the praise of personal ethical value (Wert).“ Especially considered within the context of today’s ethical and political progress, we recognise a double demand on the polity and on society in valuing dignity: dignity is something to strive for, as a matter of individual worth actualised through nobble acts of the politikon zoon in its share of the polity; dignity is also bestowed upon human beings by their virtue of being human.

Dignity is found in constitutional and global legislation as the sum principle of all fundamental rights. And again, here, Aristotle’s concept of justice is a useful lens to appreciate the law in its moral and political obligations. Rights are to be seen as anti-utilitarian titles in the decision-making process, as opposed to simply, individually focused, legal interests.

The notion of human dignity has entered increasingly the constitutional and legal texts of nations and of global institutions. If we flipped the enquiry and considered what violates dignity, we would be able to better grasp through the negative definition: degradation and dehumanisation are not dignity.

Pledges to protect human dignity reflect the obligation to not objectify human beings, to treat them with respect and respect for their dignity, even though they might be engaged in bad not nobble acts- even therefore if their dignity is not reflected by their actuality in acting. Which is the reason why our societies have pledged to respect even the rights of those who have violated the rights of others.

To seek the true in justice, if we followed Aristotle, means to both protect human dignity as intrinsic and to strive for dignity as actuality.

Dignity means for humans to be able to use the gifts they have to thrive.

Dignity is a personal and ethical boundary, which functions as a shield and a moral compass.

Finally, to be able to philosophise is dignity, said the ancients, because, she who can philosophise, is free.

Not solely in matters of content representation should our concern with dignity be as communication scholars, but also as a matter of individual and collective responsibility. Some further questions to pursue in this process could be:

What attributes should actors of media and political governance possess to be considered dignified enough to fight for the dignity of all people?

What kinds of political economies of communications assist individuals to act in a dignified manner and to defend the dignity of those assaulted?

What is the opportunity cost of financial precarity for journalists for upholding and defending dignity, for example?

What are the ways in which our scholarly community can rise above small individual interests and challenge itself to behave with dignity to each other? And through this to research and advocate for human dignity in all forms of communication?

How can we further enhance the connection of philosophy and science and move over our epistemological and methodological silos to unearth truths hidden from the light?

As biases, selfish interest and bad intend are transferred onto the ‘machine’, to algorithms and artificial intelligence, what violations are to be expected and how can they be countered? Further, what further understandings of dignity may they provoke? What should be the regulatory responses and based on what forms of public and private communications?

How can communication actors, journalists, law makers, use the experiences of indignation to strengthen the struggle for dignity?